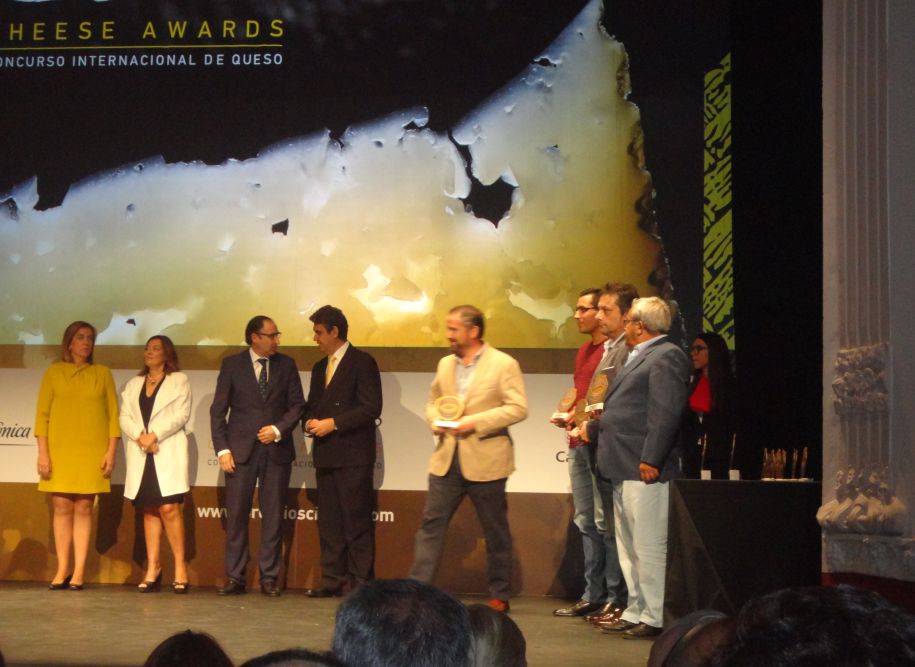 The Cincho Awards began in 2000 in the community of Castilla y Leon, and have returned after a six year hiatus. They are the founder award for excellence in cheese making in Spain, and entrants now compete from throughout Spain as well as 12 international countries.

In 2016 more than 1088 samples competed in the Cincho Awards. Of the many processed cream cheeses, Quesos Aldonza y Don Ismael collected the top prize.

Our Technical Director, José Luis Sainz Largo, was responsible for collecting this award.